The Tarai is tinder dry – Dalannepal

The Tarai is tinder dry 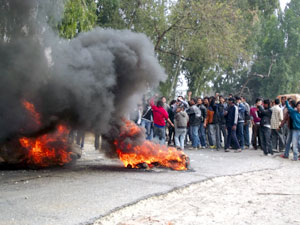 Don’t push the Madhes to another violent movement

A politicised dispute over the supposed relocation of a tax office in Mahottari has widened the rift between Madhesi and Pahadi people and threatens to re-ignite hills vs plains tension in the eastern Tarai.

The Internal Revenue Department says it had no intention of relocating the tax office from Janakpur to Bardibas, it was just trying to open a sub-office along the East-West Highway. However, Madhesi political parties enforced a shutdown in Janakpur last month in protest.

The government backtracked, and this led to a counter-shutdown of the East-West Highway in Bardibas by people of hill origin, many of whom were forced out of areas further south during the Madhes movement in 2007.

The agitation shows no sign of subsiding and the Madhesi parties have closed down Jaleswor for nearly three weeks now. It says much about the Kathmandu media that the Jaleswor shutdown has got almost no coverage in the national newspapers.

“Instead of trying to bring the hills and plains people together, the political parties are trying to widen the divide between them and spread fear and suspicion,” says Birganj-based intellectual, Binod Gupta.

Five years after the Madhes movement, people from the plains have got increased representation in the Constituent Assembly, the president and vice-president are Madhesis and the current coalition has senior Madhesi figures as ministers. However, the lack of development and the continued marginalisation of the eastern Tarai has fed frustration here.

On top of that, there is growing animosity among people of hill origin who were forced to sell their property and homes for a pittance and pressurised to move out.

Madhesi dissatisfaction has also been fuelled by both contesting proposals submitted by the State Restructuring Commission that divided the Madhes into two provinces. While the CA mulls the issue of federalism, the hardening rhetoric of Madhesi leaders in the last few weeks indicates which way the wind is blowing.

At a function organised to observe the fifth anniversary of Madhes uprising in Kathmandu last week, the Madhesi leaders and intellectuals made a grim assessment of the last five years. While political access to the power centres of Kathmandu has increased, the lives of common Madhesis have actually become worse.

There is speculation that prominent leaders of the Madhesi parties who are facing corruption charges, or have been jailed for kidnapping, are using the race card to put pressure on the state.

Madhesi leaders know they can use hardline rhetoric to mobilise anger in the Tarai over issues like the inclusion bill which is in limbo. Madhesis still do not feel Kathmandu gives them enough respect and their fight is for acceptance and inclusion, not for isolation and an exclusive identity.

JP Gupta’s statement that Madhesis will sever their ties with the state in the near future got him a sharp reprimand from none other than President Ram Baran Yadav, himself a Madhesi. Sarat Singh Bhandari had to resign when he suggested secession, and Education Minister Rajendra Mahato was greeted with howls of protests in Kathmandu when he threatened to blockade the capital.

The credibility of Madhesi leaders holding influential positions in the government for most of the last five years has taken a battering. They were busy forging passports, extorting businessmen and looting state coffers while the condition of the people in Madhes went from bad to worse.

The ‘anti-Madhes’ posture of the mainstream media and political elites puts off many moderate Madhesis and their voice is now sorely missed. As a result, the field is wide open for anyone spewing hate. Feeding all this is growing unemployment and the lack of opportunities for Madhesi youth. Criminalisation of politics has added further fuel to the fire. Unless the discontent on the streets gets a political voice and attention of the state, the Madhes is only waiting for a spark. The Tarai is tinder dry. 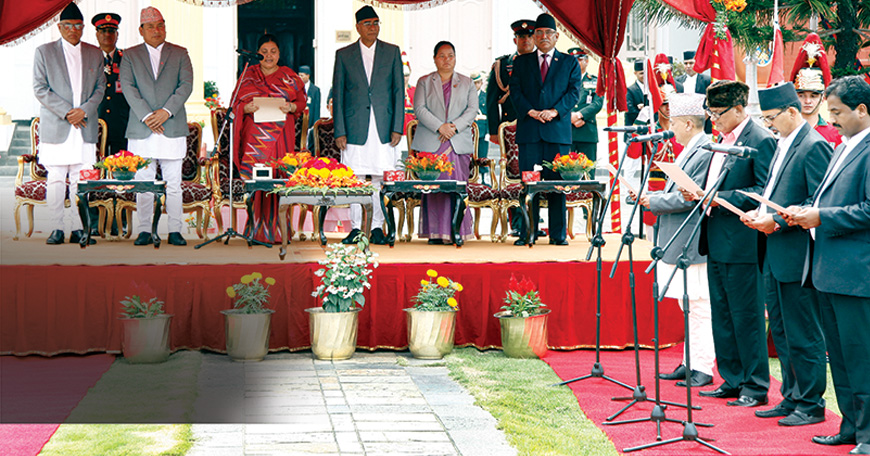